RT @BarbershopBooks: “It’s important that kids see people that look like them at their local library. One of the main reasons I decided to…

RT @BarbershopBooks: “Finding novels that are a representation of the childhood experience is like finding a pot of gold. Black books help…

On this #GivingTuesday, we are proud to spotlight

As we enter our 23rd year of grantmaking, we conti

What a fabulous afternoon!

Kelly Villar, WellMet member and Executive Director of Staten Island Urban Center, met us (Gail, Deborah and Anne) at the ferry terminal and took us on an amazing tour ofStaten Island’s North Shore. It was a day of discoveries, starting with Snug Harbor’s Staten Island Museum to see the Altered Books Exhibition and companion poem, both created by SIUC teens working with historian Debbie Ann Paige of the Afro-American Genealogical Society. Into the car again to see 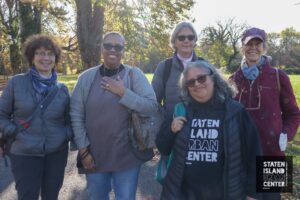 a jazzy wall mural painted, with guidance from artist Chris Penn of the Projectivity Movement, by local volunteers. Next we talked with DJ Kristin Wallace, founder of MakerParkRadio

, a volunteer-run radio station. Our last stop was to SIUC’s beautiful office space located across from Tompkinsville Park. We observed and then, with some trepidation, took part in a drumming circle led by Zul Abdu Shahid founder of Bait Ul Jamaat House of Community. The dozen or so SIUC interns were open, responsible, nice kids, just a great group. It was an informative, inspiring, afternoon and the best of it was that we learned so much about the community/small town feel of the North Shore and how well SIUC (and Kelly) has done to foster 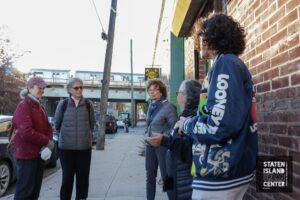 connections that are valuable resources for SIUC’s young people. Unsurprisingly, our personal guide was still going strong when she returned the 3 of us to the ferry terminal. When we first met Kelly as a potential grantee, we all had some idea of what she had accomplished but to see it in action was mind-blowing……and a lot of fun. Thank you, Kelly!
Anne, Gail, &  Deborah

Erica Ford was recently featured in Tune Into Leadership’s blog.  Check out the post here.

Director and co-founder of WellMet grantee, Red Hook Art Project, was featured in the NY Times.  Read the profile piece on Tiffiney Davis. 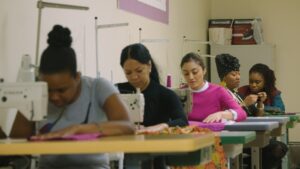 One of our 2018 grantees, Custom Collaborative, shared some exciting news.  They were recently featured as part of NBC News’ Know Your Value series. Check out the feature story. 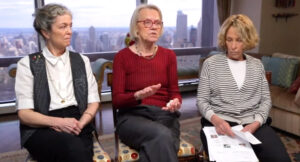 WellMet celebrates 20 years of being in the hugely rewarding business of finding and supporting new and small 501(c)(3)s in our five boroughs. Hear from the founders!

The WellMet Gazette is back!

The WellMet Gazette is back!  Our newly formatted newsletter will be released in January and July.  Check out our January 2020 edition below. Download a copy!